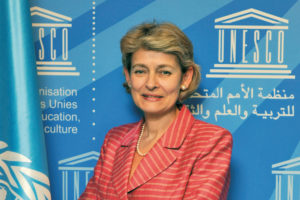 I am pleased that UNESCO is hosting this exhibition on «The Roerich Pact. Past and Present». This event coincides with the 80th anniversary of the 2nd International Confer¬ence on the Roerich Pact that was held in Bru¬ges and that proved so decisive for its develop¬ment and enforcement.

Most importantly, he brought this idea to fruition. Roerich initiated the drafting of the Treaty on the Protection of Artistic and Sci¬entific Institutions and Historic Monuments, commonly known as the Roerich Pact, which was signed in 1935. The Pact embodies the painstaking efforts of people and organizations across the world to protect cultural heritage. The tenets of the Pact have long provided in¬spiration to UNESCO’s commitment and ac¬tion to safeguard all forms of heritage and the world’s cultural diversity.

The Roerich Pact has paved the way also for several of UNESCO’s landmark interna¬tional legal instruments devoted to the protec¬tion of cultural property both in peacetime and during war – including the 1954 Hague Convention for the Protection of Cultural Property in the Event of Armed Conflict and its two (1954 and 1999) Protocols.

UNESCO is delighted to cooperate with in¬stitutions involved in the protection of cultural heritage, such as the International Centre of the Roerichs. I wish to thank the Centre for or-ganizing this enlightening exhibition, featuring documents illustrating the Pact’s history and global reach as well as paintings by Nicholas Roerich. I am grateful also to the Permanent Delegations of the Russian Federation and In¬dia to UNESCO for supporting this important initiative. 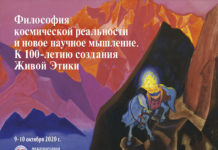 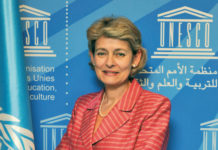 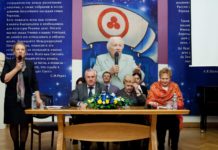